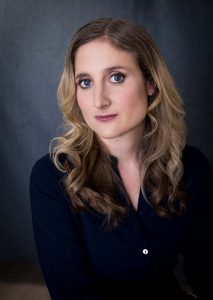 Megan Riakos is a dynamic filmmaker bringing a distinctive female lens to the world of genre filmmaking. Her debut feature as writer/director/producer of the thriller Crushed received strong reviews with The Australian calling it “a tense, bloody mystery thriller”, and The Hollywood Reporter labelling it “A solid debut.” Crushed completed a successful festival run before a strong limited theatrical release in Australia and acquisitions by channel 10 and Qantas. Megan’s next project is Australia’s first horror anthology feature film Dark Whispers – Volume 1. Megan combined forces with ten other Australian women horror directors as creator and producer while also writing and directing the wrap around segment that unified each segment into the anthology. Dark Whispers was selected for festivals across the world including at Cinequest Film & Creativity Festival in Silicon Valley, Seattle International Film Festival, Berlin Final Girls Film Festival, Cinefest Oz Film Festival in Western Australia and MonsterFest. Bringing with it a formidable feminine vibe to the horror anthology genre, it has been hailed by Killer Horror Critic as “A shining example of horror anthology film done right…” and Screen Hub calling it “bursting with ideas and energetic visual approaches”. In 2021, Megan was nominated for an Australian Directors’ Guild Award for her episode on the Shudder Original series Deadhouse Dark which premiered at Canneseries and is currently streaming on Shudder.

Megan’s screenplays have also garnered acclaim. Her mystery period feature The Last Reprieve was awarded the Grand Prize in the Greater Philadelphia SIP Screenplay competition. Her political drama Victory and Defeat made the semi-finals in the Final Draft Big Break Competition and was shortlisted for the Nate Wilson Award at University of California Los Angeles (UCLA).

Megan earned her Bachelor of Arts in Communication (Media Arts & Production) at University of Technology, Sydney (UTS), has a Graduate Diploma in Directing at the prestigious Australian Film Television and Radio School (AFTRS) and has also completed the Professional Screenwriters Program at UCLA. She compliments her filmmaking with her role as co-founder of the Not-For-Profit organisation Women in Film & Television (WIFT) Australia and merges these two fields of creativity and advocacy via her company Hemlock & Cedar Films, which focuses on amplifying female voices.

Megan is an innovative, collaborative and driven filmmaker with a strong visual style and a particular strength in delivering authentic performances from her actors. She is a high energy, confident speaker, mentor, teacher and advocate with an infectious enthusiasm for the art and craft of filmmaking.